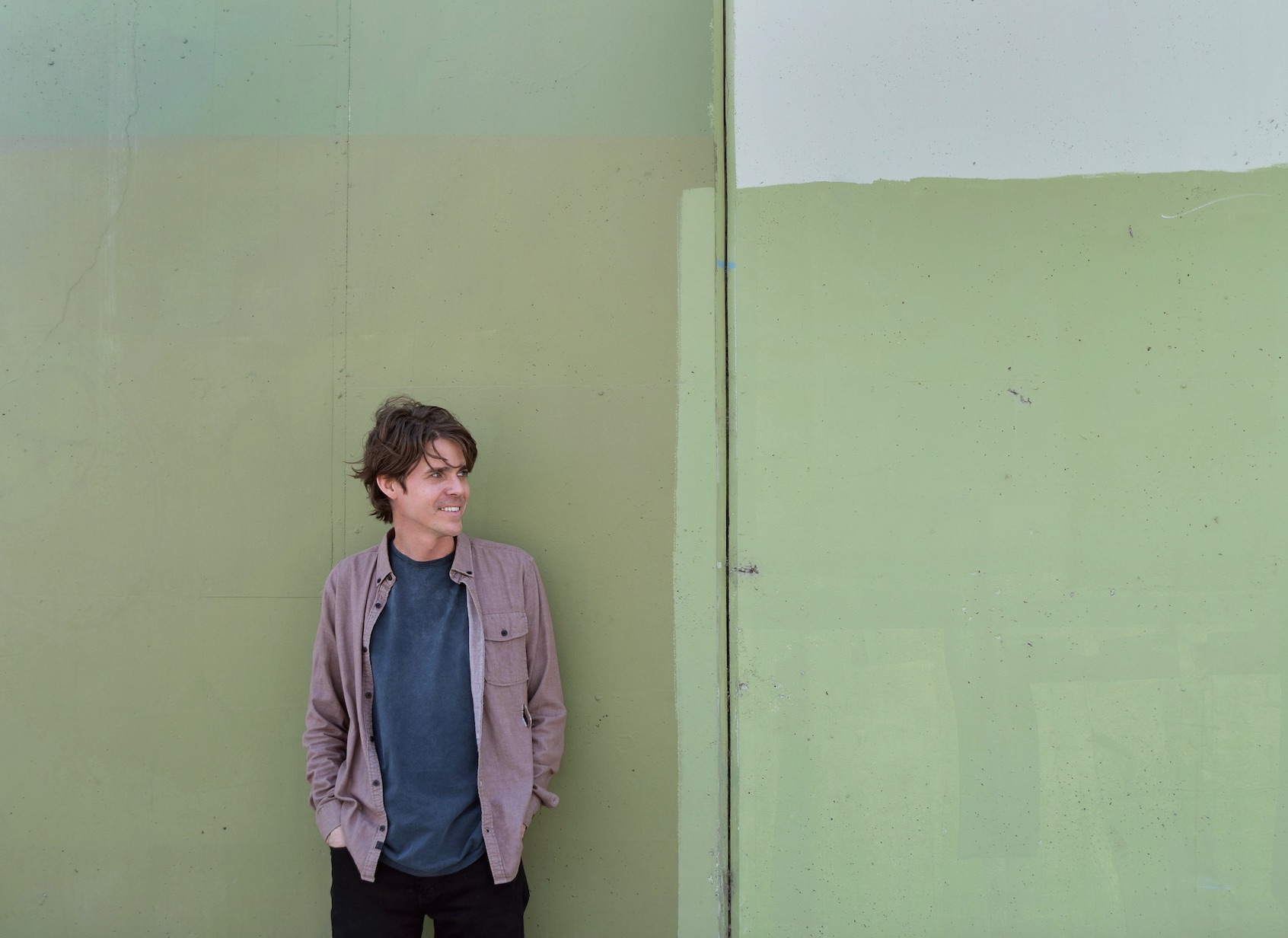 Tracy Bryant is an indie-rock musician from Los Angeles with a knack for rollicking, zoned-out garage-pop stylings and post-punk rhythms. So far he’s released two excellent solo records: 2016’s Subterranean and 2017’s A Place For Nothing and Nothing in its Place. Both are full of simmering guitar melodies, forward and introspective lyricism, and vocals that are equal parts calm and understated, and wily and brooding. Now Bryant is gearing up to release his forthcoming third LP Hush, which arrives on August 30. Today, we’re premiering that record’s lead single (and music video) – the catchy, ominous, and all-too-vivid “Nightmare.”

On “Nightmare,” Bryant depicts our time’s reality as a dystopian fever-dream. Armed with dueling guitars, pulsating percussion and hypnotic choruses, Bryant crafts a searing garage-pop anthem. But what makes “Nightmare” so potent is its combative, pensive lyrics and Bryant’s calming presence: “How do you pledge allegiance now?/ These days go by/ Do you fight or flight?” The song is his lens on the current state of cultural and political disarray. “When I was writing this song, it was during the same time as the Kavanaugh hearings, the Harvey Weinstein scandal and all the current political developments following the 2016 election,” he says. “The song is about the looming darkness that exists, not only in the current state of this country, but also inside of those who refuse to evolve or recognize their imagined privilege.”

The track’s video was directed by big-wave surfer and photographer Derek Dundee, and shot and edited by Kimberly Fitzner and Bryant himself. In beautiful, lush black-and-white, it follows Bryant trekking up the southern California coastline, and features shots of hazy moonlights, crashing waves, Bryant floating lifelessly in pools of water, and a hooded, masked Grim Reaper-like figure watching on. The clip literally drowns you into his nightmare.

“Nightmare” is the first taste of Tracy Bryant’s upcoming new album Hush, which was produced with Kyle Mullarky (The Growlers, Allah-Las) and recorded along with drummer Nick Murray (White Fence, Cate Le Bon) and bassist Brian Allen (Burnt Ones). It comes out on August 30, and it looks to be another incisive, honest and infectious slice of garage in the vein of recent stars like Mikal Cronin and the aforementioned White Fence. You can pre-order Hush HERE via First and Foremost Records (U.S.) and HERE via Taxi Guache Records (Europe). And watch the stunning video for “Nightmare” below.