I’ve never been to a dub night before but the Dub War / Badawi release party at 179 MacDougal on Friday was a lot like a rave slowed down a few BPMs.

Our night began with the realization that this was going to be a long one: Kellogg’s coffee at midnight, two Sparks on the train, finally rolling in around 1am to a club fronted by a barbershop with the bouncer pushing us back to show us the side door going down to the basement. Jeremy knew this was going to be fun, I was skeptical.

Immediately, black lights exposed the cat hair and what I could only hope to be dust that covered my entire being. Black shirt was the wrong move on this night. The place was decked out to look like a cave, backed by a waterfall that doubles as a screen for light projections, while a glass bar glowed blue, purple, green then blue again, rinse, cycle, repeat.

$9 Jack Daniels and an $11 Johnny Walker Red (at least give me Black Label); the next three people ordered Vitamin Water. Jeremy and I stood at one of the rock formation tables contemplating the evening. “Should we just go get drunk somewhere else and then come back?” he asked, surrounded by the stench coming from the men’s room.

“Fuck it, let’s just go to the back and grab some photos.”

Behind the waterfall was a series of little padded coves stacked on top of each other like prehistoric bunk beds where people could sit. Some chose to lay. People were mackin’.

Walking into the main space, the first thing that hits you is the bass. I’ve been to a lot of hip hop shows, and I feel like I’ve been to far too many rock shows as of late, but having never been to a dub show, stepping into something this raw and new to me was as much a relief as it was refreshing. The slowed down, rhythm heavy style of reggae takes on a completely new identity when served up on sound systems that might make Kingston proud. The walking bass lines provide the perfect head boppin’ stroll while the hard bass hits guided us through the downbeat, sometimes so deep it shook the floorboards. It was electric; you couldn’t help but dance.

We were there to see Badawi, but unfortunately we just missed Raz’s set (so check the Badawi mp3 below). DJ Moldy kept it constant, switching up tracks quickly and drawing screams of praise from the crowd with each segue into a new beat. Despite his obvious faults (he was wearing a Red Sox hat) Moldy seriously laid down one of the best DJ sets I’ve witnessed in a long time. Keeping the appreciative crowd pleased longer than his set time allowed before making way for Joe Nice.

Immediately infusing a bit more funk than his predecessor, Joe Nice played the counting song (made popular on an animated pinball segment on old Sesame Street episodes) as his intro. This only lasted one song however, as he soon returned us to the laid back tempo everyone was there for. The air at this point was thick with incense and sweat, and only the guy who decided it was a good idea to start tackling people until he was dragged out shirtless by security could think the vibe was anything but upbeat. Just ask the two girls who danced with nearly every guy in the room before deciding to make out with each other.

Needless to say we stuck around a lot longer than some quick pics. Heads up, if you’re ever at 179 MacDougal, the Vitamin Water flows like a waterfall and you can pay with credit card – but you have to tip in cash. 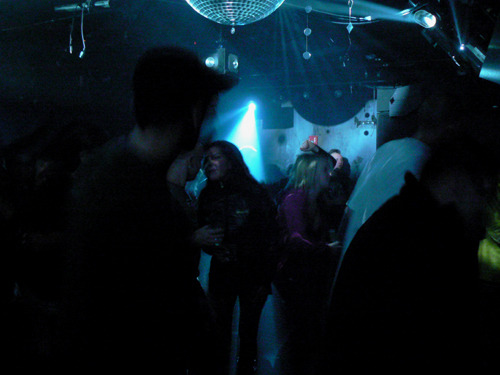 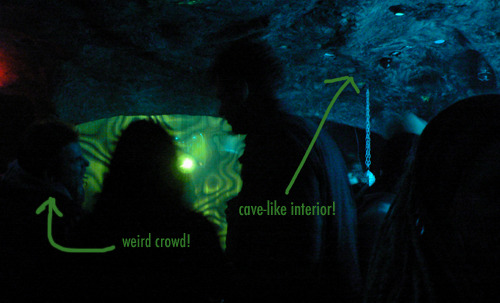 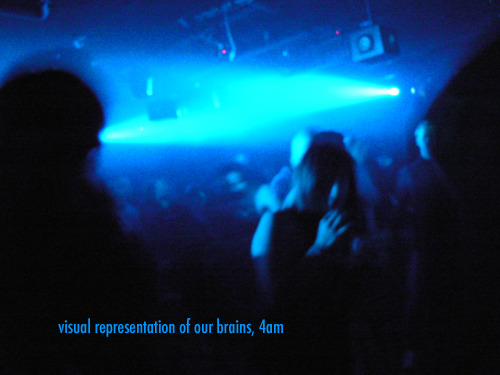 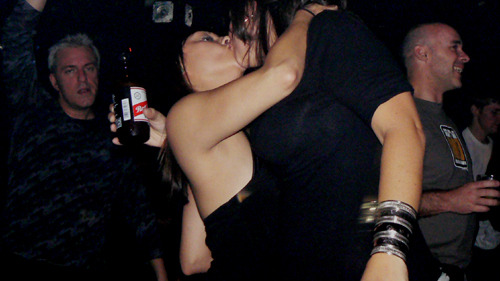 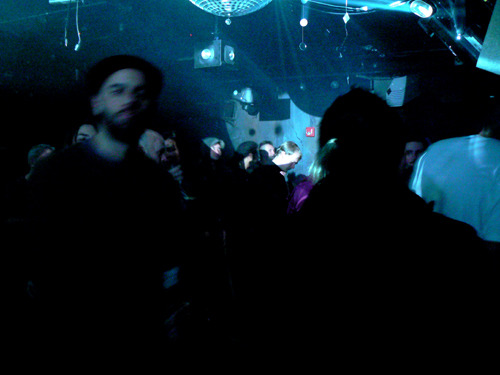