For those who have read the recently released Sonic Youth biography Goodbye 20th Century, (or perhaps Psychic Confusion, which, if Amazon is to believed, is less likely), then you might feel a little bit more unhealthy in the breadth of your knowledge about everyone’s favorite “uncompromising” rock band.

For one, it made the “inimitable” (that’s Lee Ranaldo’s word) Wolf Eyes’ noise apocalypse a tasteful anecdote to Times New Viking’s chipper shout-choruses and bite-sized guitar feedback, or to the Vivian Girl’s feathery vocal harmonies and gentle guitar washes. Wolf Eyes’ abstractions were the only moments that ellicited “boos!” and “you suck!” and “go home and let Sonic Youth play!”, as if Thurston Moore hadn’t been watching the entire set backstage and the two bands hadn’t toured together in 2004. And it was those impatient whinings from a variety of fans ranging the gamut from young tank-topped girls to fat, balding men that must have harkened back to the many nights Sonic Youth opened for Neil Young or R.E.M., or headlined Lollapalooza only to witness half the audience streaming out after Hole’s set.

Why would anyone feel nostalgic about teeny boppers and fans of Courtney Love circa 1994? Because in some ways, Sonic Youth is no longer quite as “uncompromising” or, at least, the culture they’ve helped forge is less compromising. It’s not that the godfathers of noise rock, post-punk, minimal ska, what have you, are no longer experimental; the recent SY 7 and SY 8 releases can certainly attest to that. But when operating under their original moniker, the combined powers of Steve Shelley, Kim Gordon, Thurston Moore and Lee Ranaldo (plus Mark Ibold) amounts to a well-oiled song playin’ machine. Their latest album, 2006’s Rather Ripped was a gorgeous example of the level to which they’ve streamlined a musical style that was once baffling to most into well-tested hooks and supple melodicity. And while “Jams Run Free” and “Pink Steam” (the two off that album they performed Saturday) are recent personal favorites, as someone who was in day care in 1988, I can’t help day dreaming about what their improvised noise freak-outs were like when they were still a full-time band willing to alienate half a stadium waiting to see Crazy Horse.

There, I said it. There’s something about Sonic Youth that is no longer ecstatically headed towards the future without looking back. They’ve got innumerable side projects, and a few kids. But Thurston Moore said it first, admitting prior to opening the set with two new songs that they had met “a few days” earlier to start banging out tunes for the first time since 2006. While 2007 was occupied (finally) reaping some benefits off Daydream Nation touring, and Moore’s solo album, it’s possible that their days of spending months working out songs is over. They’ll doubtless re-work the new songs prior to putting them through the recording mill, but for better or worse, the first song was a standard heavy rocker and the second a pretty, noise-baiting convalescence of dissonant melodies and confident Kim crooning. Mind you, this was a first listen prognosis.

Perhaps we’re supposed to explore the fact that this show was the last at the massive and austere McCarren Pool, a site where Impose has covered a ridiculous number of shows in the past few years and where good friend Sarah Hooper and her JellyNYC crew fashioned the greatest free shows/dodge ball tournaments/catwalks Williamsburg has ever (and probably will ever) seen. But that wasn’t really the vibe on Saturday. This wasn’t a lazy Sunday sort of event. But these were: 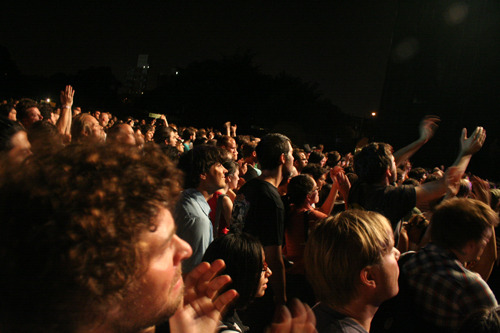 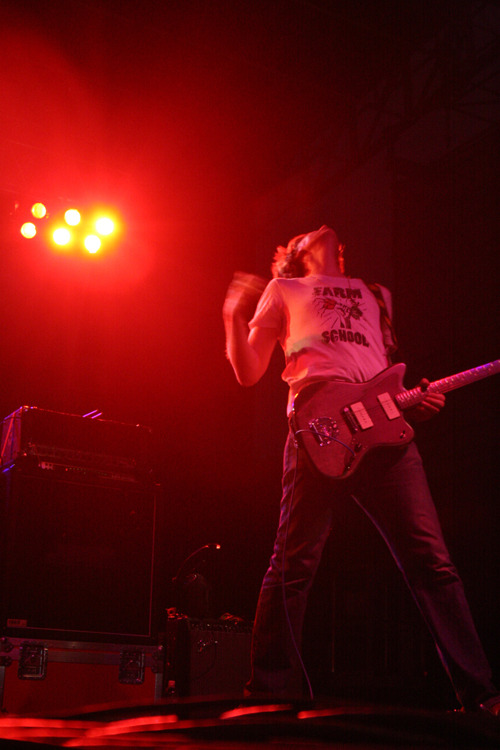 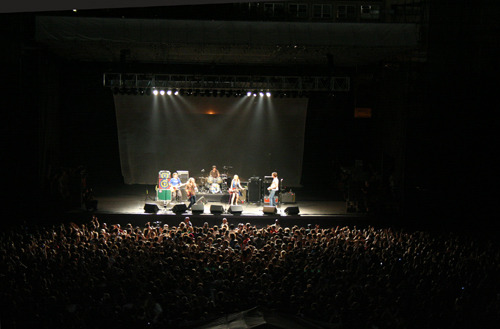 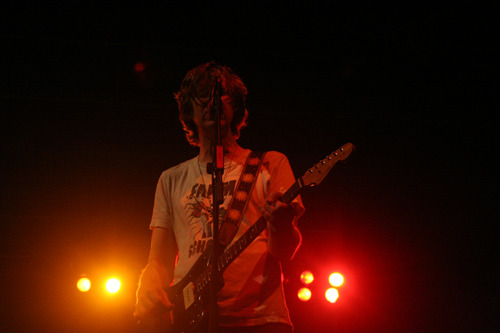 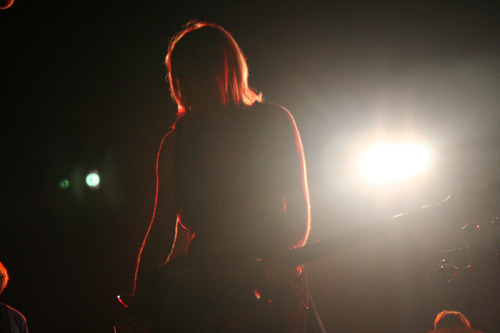 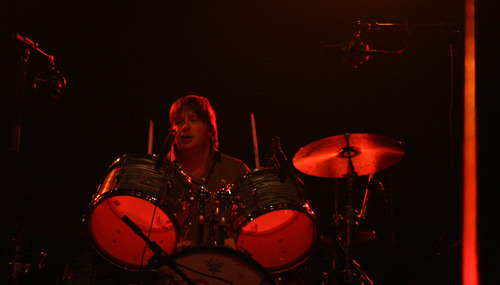 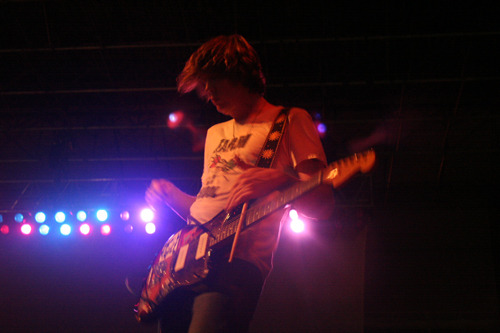 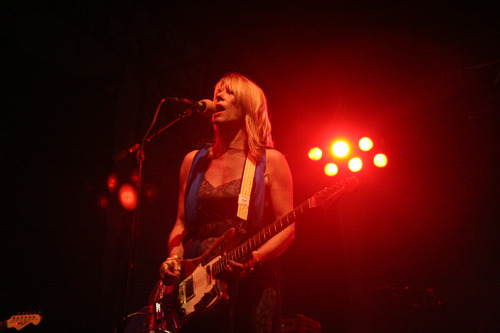 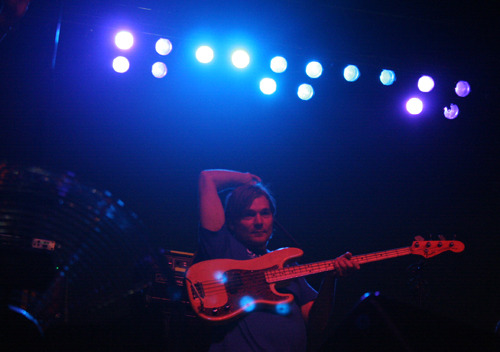 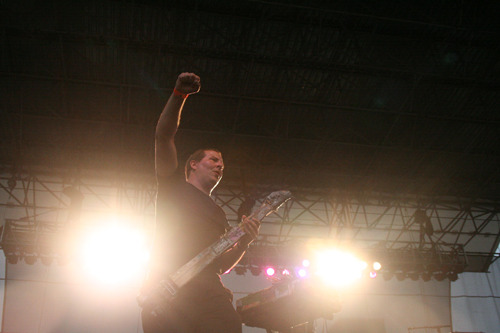 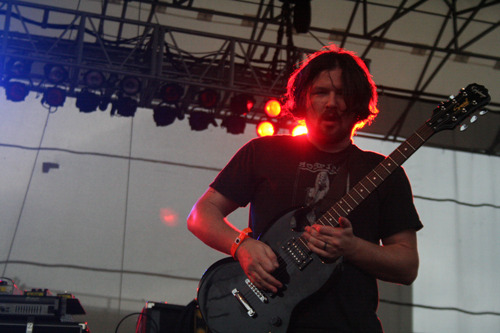 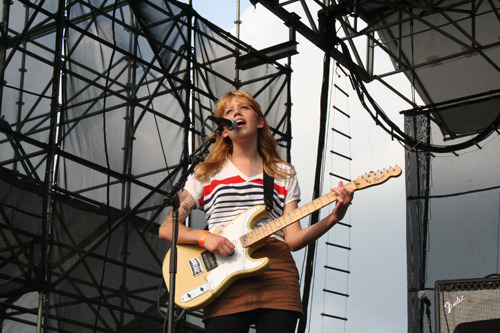 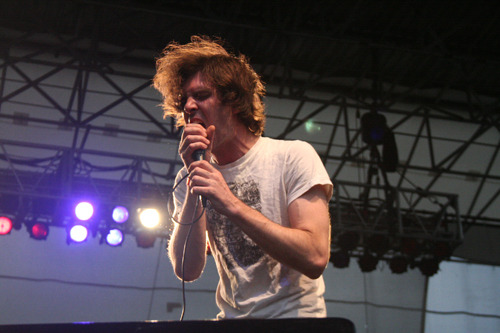 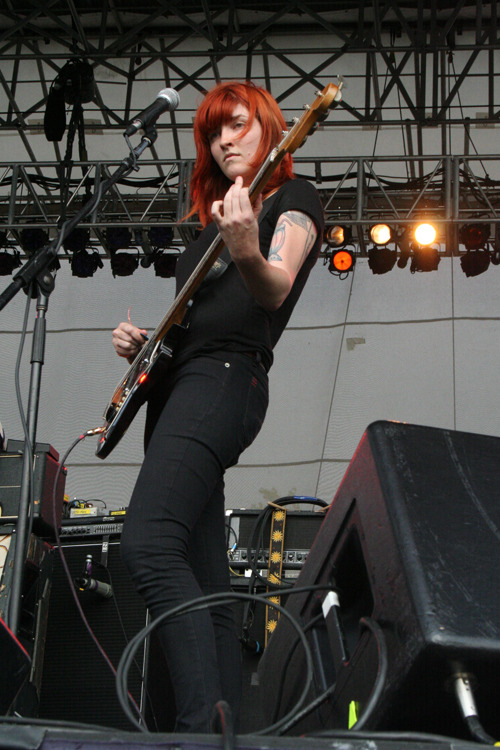 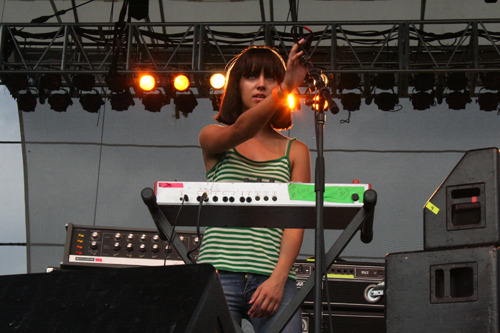 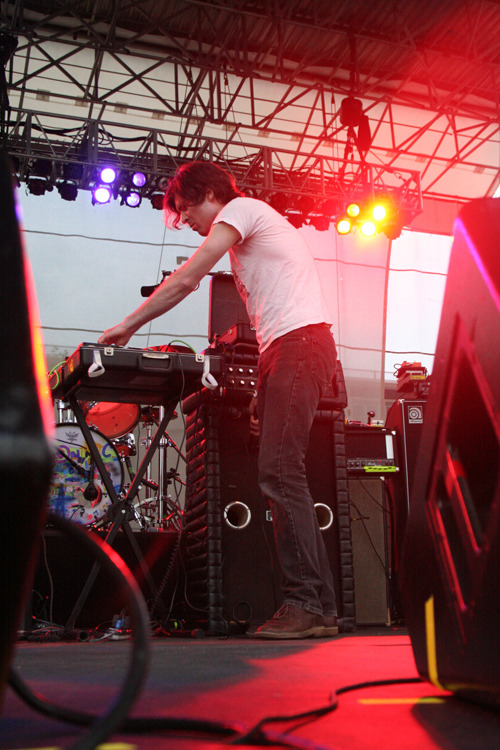 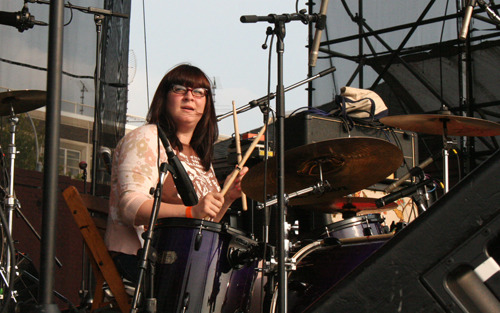 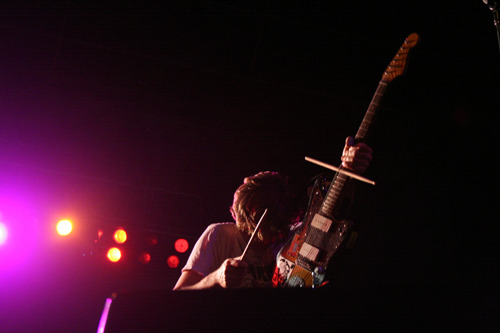