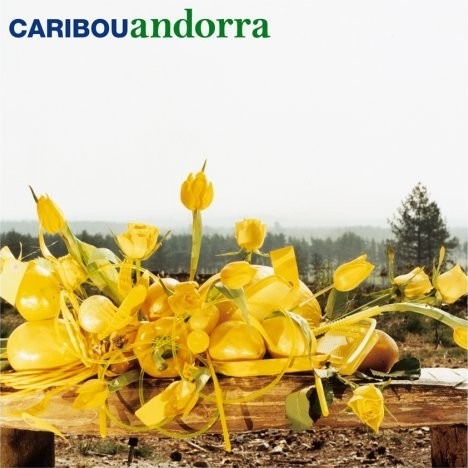 Andorra is a brilliantly sunny listen. Situated in that balmy oasis where Burt Bacharach shoots pool with the Beatles (post-acid), you could wish for no better accompaniment to an afternoon under the palm trees. Beaming pop melodies frolic happily with lush harmonies and retro tape-delay-soaked psych-outs. A chirping pixie-flute pipes a jig whilst a cheerful sage jams bluesily on the Hammond and John Lennon passes round the daiquiris. Caribou’s latest is a gorgeous, psychedelic wonder-piece. And yet, where so many large-scale psychedelic odysseys veer dangerously towards irrelevance outside of La-la Land, Caribou keeps his feet on the ground. Most of these songs, though they sound at first like the national anthem of the aforementioned imaginary country, are in fact about relationships between faint, human beings, not bodhisattvas.

There’s a cunning narrative mise en scene involved. For example, track four, “She’s The One”, expresses Caribou’s conviction that a certain girl certainly is the one for him. On the very next track, “Desiree” (this is the girl’s name), we find him addressing her in person and going on to inform her of this newfound conviction. “Desiree”, he says, “my mind’s made up.” Lucky chap, he being a psychedelic music-master and all, he has beautiful spiraling harps behind him to enforce his statement. The very next thing you know, track six, she’s waking up next to him. “When she opens her eyes, she says she feels better.” A night with Caribou and his charming druid orchestra is an effective tonic, it would seem.

There’s some pain involved. Something about being “back here again… you told me things would have changed,” suggesting he might be caught up in some kind of self-destructive cycle of desire, ennui and revulsion. But you don't have to listen to these bits. Focus instead on the sumptuous orchestration; the clattering grandeur of three drum kits panned across the stereo field; these positive elements.

Caribou’s early stuff is a lot dancier than most of the material here, sort of like acid house played by a scruffed-up indie kid with a dusty old sampler he found in a cupboard (he did, in fact, find a sampler in a cupboard). But towards the end of Andorra, the spirit of the dance floor comes bounding back over the hills once more. Penultimate track, “Irene”, makes use of a wonderful vintage drum machine, padded out with some wonky organ, til it sounds quite pastoral. Album-closer “Niobe” employs a pumping four-on-the floor feel and some almost snarly acid-esque saw-wave synth lines.

I’m not sure who Irene or Niobe are in relation to Desiree. If the implication is that there’s a bit of crafty Janus-facing going on, it very well may be the case that they are simply girls he used to know back in his raving days, hence the dance-music references. Perhaps they are deities. I suppose it’s none of our business. Whatever. In Andorra, Caribou has crafted a beautiful slice of heartfelt and inventive psychedelia to warm even the coldest of hearts. …Caribou is the new Tambourine Man?