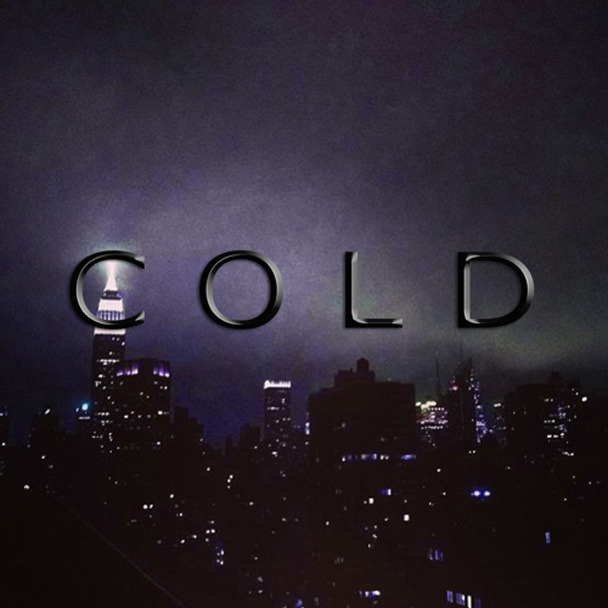 You could be forgiven for thinking that James Ferraro has going through a bit of a musical identity crisis. The Bronx-born artist isn't known for standing still for long, wading through endless layers of electronic drones and ambience at one stage of his career to emerge from the harmonic ether with a fondness for hip-hop head nods and heavily orchestrated '80s nostalgia. His Cold mixtape continues to confound, diving headfirst into R&B and wearing the genre as a second skin, adorning it with the sounds of constant raindrops, trains moving slowly through subway stations, and the muffled voices of emcees (or possibly their hype men). Although some may question whether or not he can be taken seriously, there is a sincerity that emanates from these recordings, and it often takes the form of his own voice.

Ferraro's own vocals are inescapable on this release, his pitch wrestling with the Auto-Tune effect attempting to define shaky tones as solid ground. James is aiming for a stylized form of phrasing that his voice was never meant to mimic. Over the hyperkinetic hi-hats and bass warbles of “Light Skinned,” he mumbles his way through verses while using higher-pitched loops of himself for chord changes. While no one will mistake him for Frank Ocean, he certainly can't be accused of not being honest on these recordings. “Dove” is a prime example, his vocals desperately trying to find their way through murky clouds of sonic haze. As he sings lines like “I never thought that I would live and die without you, but I'm through,” his off-key delivery still conveys the weight and heartbreak that such a lyric would suggest.

While Ferraro's voice clamors for attention, it's his production that will keep people listening. The innocent hums spread throughout “E178 TH” are merely the icing atop a tasty combination of New Age synths, match strikes, and magnified heartbeat thumps. The nocturnal/after hours feel of the entire project is captured best by “Sentinel,” featuring a stealth two-step rhythm, plunging low-end tones, and restrained effects: an occasional cymbal crash here, a digital plunk there. James's wordless intonations actually work well in this environment, becoming a part of a greater whole. However, it's cuts like “Slave To Rain” that hint at what can happen when the off-kilter R&B experiment comes together. Amidst a flurry of digital tweets, tympanis and sweeping strings, Ferraro croons, “I'mma make it rain down cold hard cash for you.” While background voices spit unintelligible ciphers in another dimension, James may have an early contender with this cut for the dollar conscious jam of 2013.

If it's true that there's no such thing as bad publicity, then this mix tape fulfilled its role of promotion and then some. Not without its moments of authenticity, Cold is liable to confuse far more than it will impress, but this release will certainly keep people talking.