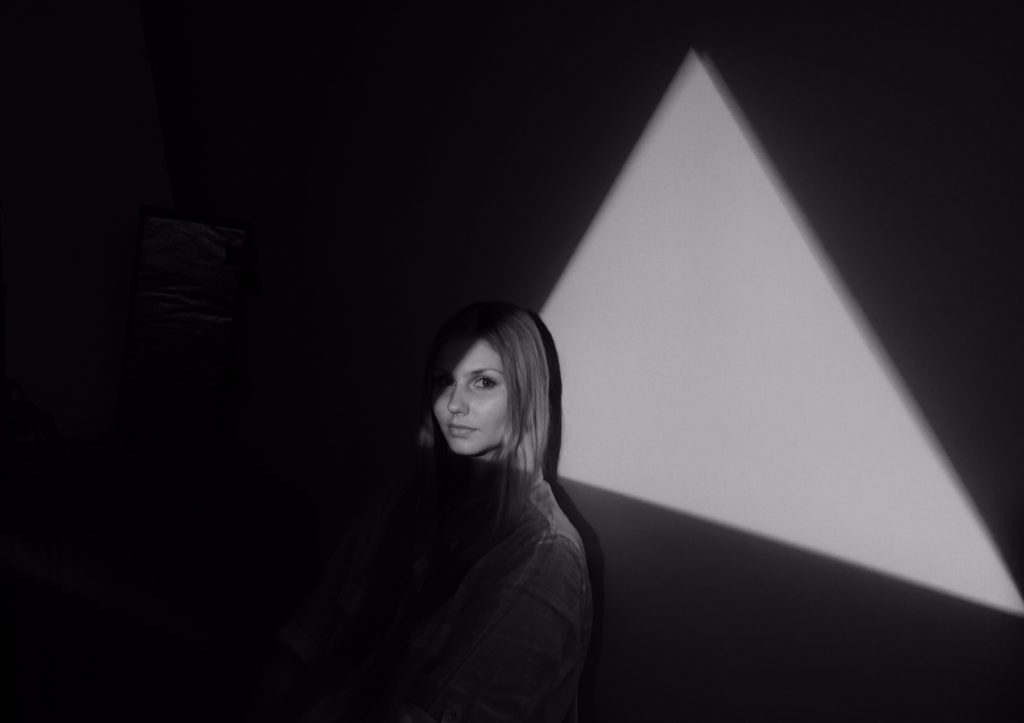 Diana Ebe‘s EP is out and we had the pleasure of listening to it and it is absolutely stunning. Raised in Stockholm, Sweden, she was exposed to music at a young age, but it wasn’t until 2013 when she decided to pursue her dream. Her latest EP, Elusive Pleasure, is beautifully put together and definitely worth a listen.

The EP starts out with “Bold.” This track has a similar feel to “Hurricane,” by MS MR, and I’m a fan. The track has a strong, pulsating beat as Diana sings about how “we weren’t bold enough for love.” Her voice is echo-y and hypnotic. Personally, I’m a sucker for when songs change things up, so when the instrumentals dropped out completely and Diana’s voice was the spotlight, for just a line, before the music came back in, I fell in love.

The next song on the record is “Chasing,” This one has much more of an electronic sound than the first track. Her voice seems transparent almost, with subtle back up vocals as Diana sings, “can I hold you?” Her voice is flawlessly blended with the instruments.

The third track is “Dreaming.” This one slows things down a bit. The beginning is a beautiful ballad where Diane is front and center. Her voice swells with the music, full of longing. The beat picks up for the chorus. This is a gorgeous piece over all.

The next one is titled “LLY (interlude)” and it’s the shortest track of the record – only 1 minute and 25 seconds long. This song emanates a vibrating sensation. The music is shimmering but captivating, as the vocals float over the instrumentals, with a feather light touch.

The 5th song on this EP is titled the same as the EP – “Elusive Pleasure.” Diana’s voice is strong as she tells the story of how “now we’re running away, elusive pleasure is all that we have.” The strings of an orchestra play behind her vocals. The track starts out slow and calm as Diana sings “is this love?” The track slowly picks up momentum, stronger and strongs, just in time for the chorus to hit.

“Want You” is next on this record.  The beginning of the song is crisp and clean. The chords of the piano are soft but absolute, accompanied by Diana’s voice. The mood changes when the chorus comes in, and Diana’s flow-y, wispy sound comes back. The vocals are fast and seem to melt into one another.

The last song on the EP is “Twice,” which slows things down again. This track has a strong beat, which in my opinion, resembles a heartbeat. Her voice is as  captivating as always. The instrumental break towards the end is soothing, like something you’d hear as background music when explorers break into a clearing and find a waterfall: majestic and breathtaking.