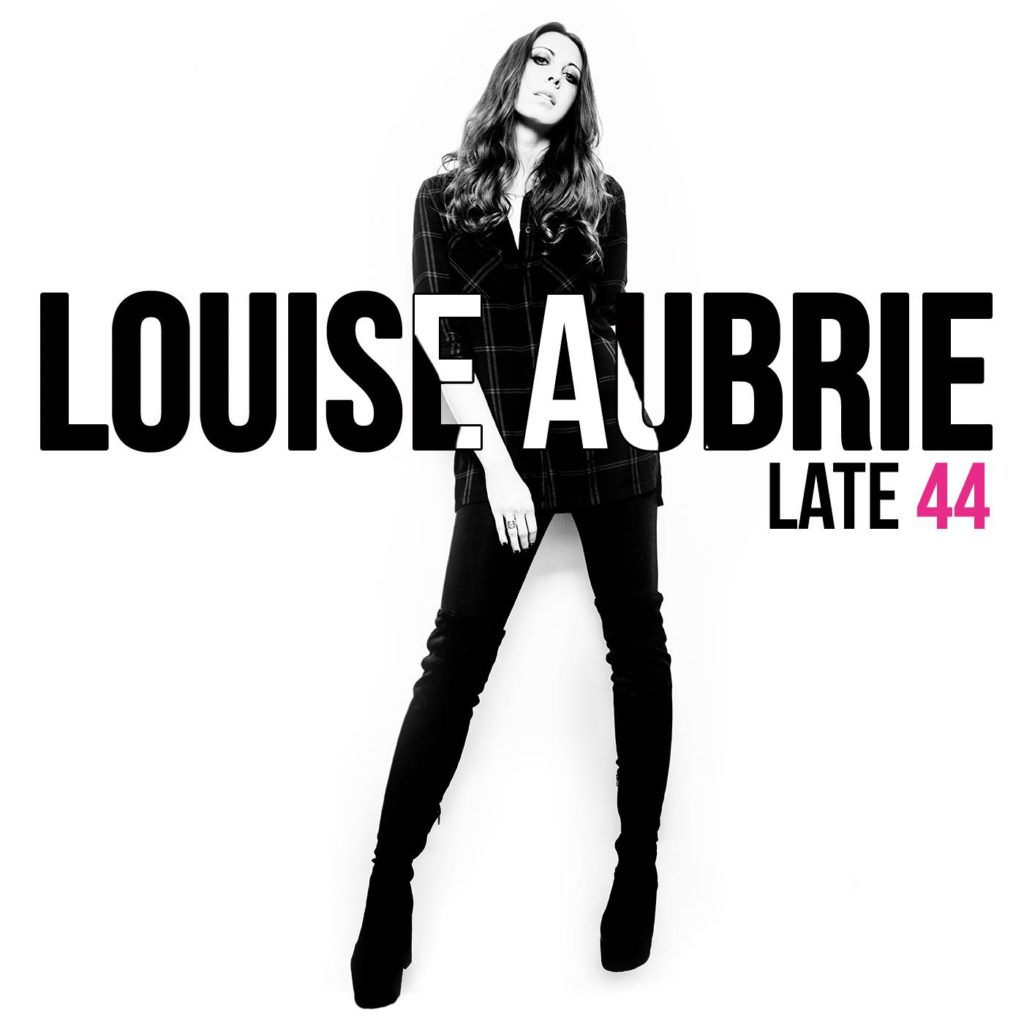 Pop/Punk fans, have you heard of Louise Aubrie? If not, you should definitely check her out. She’s a London born gal who spends her time between London and NYC. Her debut album was released in 2010 and it’s only gotten better. Since then, she’s worked with many big names and Aubrie’s 3rd album, Late 44 just recently came out. We at Impose had the pleasure of giving it a listen.

The 1st track on the album is “Masterstroke.” It’s a catchy melody that’s impossible not to move to as the intense melody and guitar riffs carry you through the song. It’s a killer track to start off with, as Aubrie sings about “the way I like to picture you.”

“Tearjerker” is next on the album – it’s an upbeat song in mostly major keys, which is a shift from the previous track. The backup singer parts are slightly reminiscent of stereotypical 60’s backup singer vocals, but it blends with the modern punk/pop vibe perfectly.

Next up is “Perfect Battle Cry.” This song is filled with mesmerizing half step progressions that Aubrie’s voice pulls off with ease. It’s less guitar heavy than the other songs, with more drums in the spotlight as she sings of how “she tried to win him over with the perfect battle cry.”

The 4th track on the album is “Winter Dolour.” This song speeds things up a bit. Aubrie’s voice is light but powerful. The piece is driven by the tap of the tambourine and the strong drumline. The last few are strums of the guitar are absolute as they end the song. “Too Late” continues to keep up the tempo. This track has an intense continuous guitar part. This is the lead single on the album, and it’s easy to see why. The song is such an energetic sound and comes to complete stops after certain phrases, making this fun song memorable. This one was one of our favorites.

Slowing things down, “Next To Nothing” has a more sentimental feel to it, with a calmer sound. This track sounds less rock and roll than the others, while still maintaining a punk rock sound as she sings about how “it’s all a game.” “Kiss Of Life” is the next song, and it keeps things slow as well. You get a slight hint of the feeling you’d get with a song featured in a western movie. With an echo-y and pulsating guitar part, this one will surely get your attention.

The 8th song on the album is “Candlelight,” This one is more emotional than the rest. It has a moderately slow tempo, but the beat of the drums still drives the song forward so it doesn’t drag. Aubrie sings of “playing games by candlelight,” while the perfect blend of instrumentals float behind her beautiful with vocals.

Things speed back up in “One False Move.” This track starts slow, with Aubrie’s voice front and center and quiet instrumentals before the guitar and bass join in strong. The beat picks up and Aubrie’s voice is relaxed as she sings, “couldn’t you see a life together?”

The album concludes with “Please Don’t Touch,” where strong solo drums are present in the beginning with a rock solid guitar jamming in the background. This track has such a catchy chorus and is definitely another one of our favorites.

Late 44 is available to stream on Soundcloud.