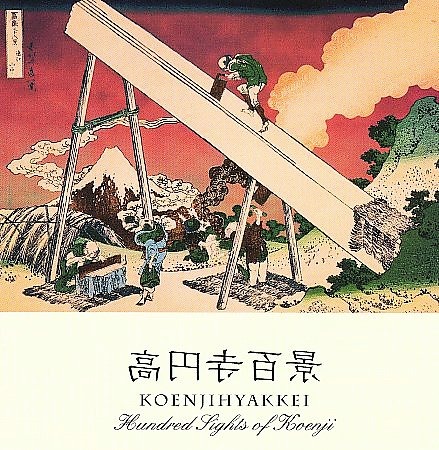 Let’s catch you up to speed on an ocean of pretenses. Zeuhl is a genre of music founded by French prog-band Magma, the brain child of Christian Vander, a deft composer, virtuoso drummer, falsetto singer, part-time philosopher, and all around huge personality who formed a vast narrative canon to his musical output, involving the destruction of earth and what a new culture on a foreign planet’s music would sound like if members from all over planet Earth lived in close quarters.

Zeuhl’s sound combines free jazz, Wagner-like romantic classical melodies, psych rock guitar and keyboard work, various African rhythmic concepts, and western European choral traditions, all within a Stravinsky-like structure of rapid time changes with difficult polyrhythms and tightly rehearsed, pre-transcribed, lengthy compositions. All and all, Zeuhl is a genre that is consciously immersive, in almost a totalist way in its attempt to pool many of the most respected music qualities amongst western music intellectual elitists. KoenjiHyakkei is a group led by venerable Ruins’ mastermind Yoshida Tatsuya, a deft composer, virtuoso drummer, and falsetto singer (though I’ve heard little of his personality or philosophy).

As much as a I love Ruins and thoroughly enjoyed seeing KoenjiHyakkei when I’ve seen them live, this record is too much. The overall concepts of Zeuhl is excessive and is almost indefinitely lacking in any personalization beyond the music of Vander himself, which even then can be questionable. The overriding theme to this album is “overwhelming”. It abounds in dueling motifs, rapidly jumping from sounding like Wagner to Kansas to metal to baroque. Undoubtedly, Yoshida is one of the world’s best drummers and the entire ensemble is world class but regardless, they don’t engage well due to the sheer weight of too much too often, always.

Their are tons of suitably neat parts but the overall taste left in my mouth is that of a band that is too focused on the challenge of what they’re playing to themselves and not often on anything relevant to anything outside of itself. Additionally, many of the songs are too bland in their use of world music to be taken seriously, with keyboard patches that sound like a casio steel drum presets playing extensively difficult Stravinsky-like piano parts, to superfluous ends. Overall, this record is for people who do not often leave their apartment but enjoys the self-satisfaction their own intelligence provides them.