Lose All The Time – You Say Party, We Say Die! 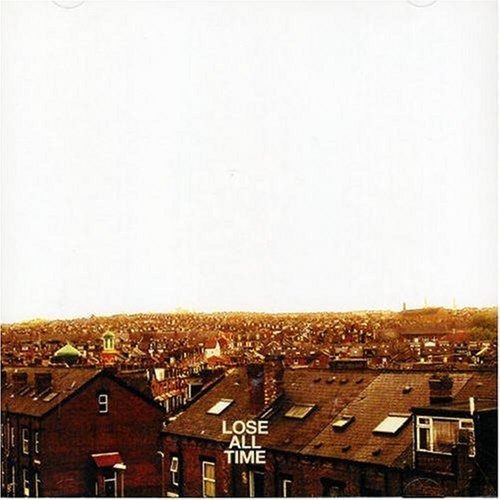 As the record begins, lead vocalist Becky Ninkovic screeches, “This is a test! This is a test!,” which, accompanied by grinding guitar, might just raise the hairs on the back of your neck, whether in adrenaline or frustration. Ninkovic’s comment couldn’t be further from the truth. You Say Party! We Say Die!, who have only been around for three years, have their noise down to a science. Hyperactive guitar work held up by dance-orientated bass and drums (yes, it’s rather post-punk) and the unapologetic cheesiness of new wave keyboards. Adding to that style is Becky Ninkovic’s harsh, unfinished bark, one that recalls the power and cool of .45 Grave singer Dinah Cancer, as well as the snooty attitude of Patty Donahue of The Waitresses. Never bad bombs to drop if you’ve got them in your arsenal.

You Say Party, We Say Die!’s debut, Hit The Floor, was a call to do just that. It was a freshman exercise in non-stop exuberance that strove to wear out the most eager of dancers. On their new album, YSPWSD! thankfully allows a few breathers onto the track listing, an allowance that, as a younger band, they might have instinctively equated with an admission of weakness. These moment are welcome respites. The track “Monster”, for example, is the same warm rush recognizable from earlier work, but this time, it’s easier-going. Maybe it’s the fluid vocal melody or the unpretentious keyboard line. To put it simply, while most YSPWSD tracks beg you to thrash around, “Monster” and “Giant Hands” keep you in sway without the similar risks of injury. After these tracks comes the haunting piano piece “Dancefloor Destroyer”, which might sum up their dancefloor mantra in the line “we are spinning planets / sometimes we collide,” whether they’re talking about relationships or physical bodies. The track could be their “show stopper” and it reveals YSPWSD’s depth. It must bring the house down every night.

Just because the band shifts into low gear once in a while, they still spend most of their time flooring it. Take “Like I Give A Care”. The tune’s opening line “shut out the world / shut it out / shout out the world / shut it out” barrels off the opening seconds so explosively, it sort of demands to be shouted along to. Who can’t relate to lyrics like “girls are so mean when they get together”? YSPWSD! play both sides of the coin well. They’re developing beyond their dance-rock/post-punk impetus into something far less safe.