The Mountains are our People – Slow/Dynamite 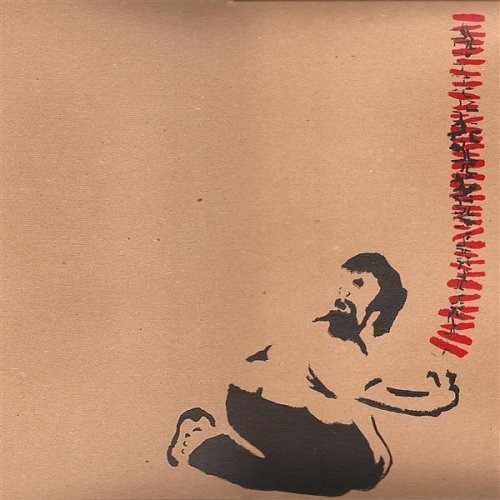 “Tribal punk marches” is how Slow/Dynamite’s MySpace describes the band's signature sound, and it's pretty much spot-on. The album opener, the Rhys Chatham-endorsed “Time Trials,” is the supreme exemplar of this aesthetic — a martial tattoo is heartily beaten out through the whole track as a thick discordant swamp of guitars, tuned to D-E-K-C-U-F, brews up around it. Its impressive stuff, setting up a tension between order, inherent in the uniformity and implied militarism of the drumming, and the chaos of noise and discord. Somehow the song manages to sound like both the glittering preparations for war, the shiny boots and proud parades and the ruined blood-smeared aftermath, all at the same time.

Several of the tracks on The Mountains Are Our People rock variations on the tribal-punk-march formula. “Vanhead” for instance fuses a slower drum tattoo, some elegiac guitar work and bittersweet vocal harmonizing into a stunning marche funèbre. Meanwhile “Woodsman,” strangely for a track whose title suggests a rural theme, decorates its marching beat with a riff that seems to imitate the piercing nee-naw a passing fire engine. Then couples it with some androgynous and barely-intelligible punk barking. Something about an imminent and awful threat, “Close…closer…closest…duck for cover…not quick enough,” the voice shouts at you.

Slow/Dynamite undoubtedly get a lot of mileage out of the whole march thing. But they are no one-trick pony. Indeed, the record’s ten-minute centerpiece, “Last Time I Tried,” sets out on a completely different tack all together, charting a lambent drone voyage into a molten sunset which is then undermined by discord in the closing minutes, as the mood changes from exhausted euphoria to frustration. Another facet: “Tripping Through The Lows” combines whispered vocals (“Down by the water…”) with oh-so-quiet, feather-stroked guitar and gentle drum ripples, slowly building to noisier and more anguished fare towards the end.

Slow/Dynamite’s music possesses the epic quality of black metal but with none of its pomp. Their battles are low-down and dirty scraps fought in tooth and claw, not glorious battles for Middle Earth; the partially improvised, detuned guitar work and destroyed song-forms recall Fushitsusha more than any corpse-painted shredders. As their name suggests, Slow/Dynamite thrive on contradictions, between heroic and vanquished, harmony and discord, chaos and order, collapsing these poles into a coherent and gripping musical proposition. All of which makes for a particularly tasty new sound, and a barnstorming debut. Get on it y’all.