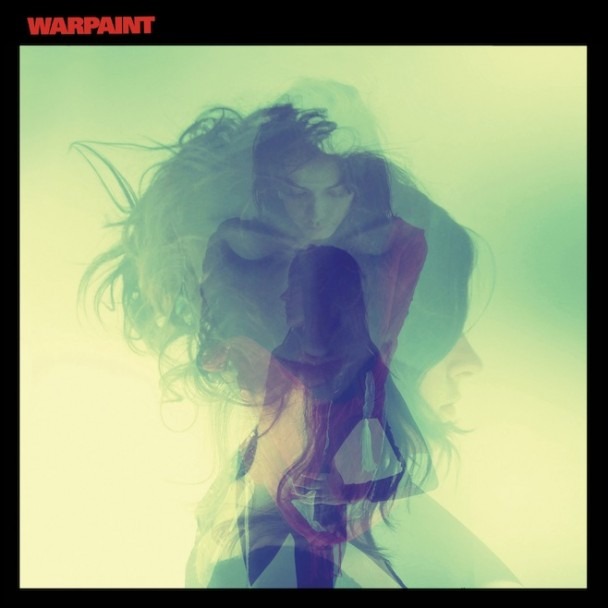 Four years after The Fool, Los Angeles quartet Warpaint’s Flood-produced, eponymous sophomore album crafts complicated, unearthly jams far heavier than the cotton candy fluff of their debut. Sounding at times like a more jammed-out version of Portishead, with all the spookiness of Lana Del Rey minus the baggage, Warpaint channel a misplaced sense of doom into their broken love songs. The result is a twisting discomfort composed of shifting beats and overdramatic lines like “Love is to die” that bottles a darker mood than the foursome seemed capable of on The Fool.

Yet the two albums have more in common than immediately apparent, and lamentably the commonalities are what make them weak. Less heard as collections of discrete songs, each album suffers from a feeling painted too broadly, supported by undeniably tight musicianship. The Fool was so foamy it barely made an impression, but Warpaint often sinks too far into the pits. Warpaint uses Emily Kokal and Theresa Wayman’s lethargic, cooing vocals in much the same way as their previous release, with a big heap of Virgin Suicides-esque depression.

At its best moments, like “Disco // very,” the band sounds like a spurned coven plotting mystical revenge — creating a sound big, daunting, and jarring. More commonly, like “Tesse,” “Go In,” or a number of other tracks, the songs amount to nothing more than a melodic whisper, slipping without memory into the ether while inexplicably stretching over four-plus minutes each.

Warpaint is most guilty of over-indulgence, taking a good idea or something slightly off-kilter in a fabulously alluring way and burying it in a too-long jam or beneath too many synthetic layers — manufacturing a pretty drone instead of a compelling record. This sound works for their live shows, where their lullabies are interrupted by well-placed kicks from new drummer Stella Mozgawa, who definitely plays a well-deserved starring role on Warpaint, and the sheer rock’n’roll power the women possess onstage. But the album’s mood is so perfectly crafted and maintained, it makes you want to shake the band members to wake them from their monotonous melancholy. Stuck in Nightmare Land, Warpaint could use a few more wake-up alarms — without them, the album’s a bit of a snooze.