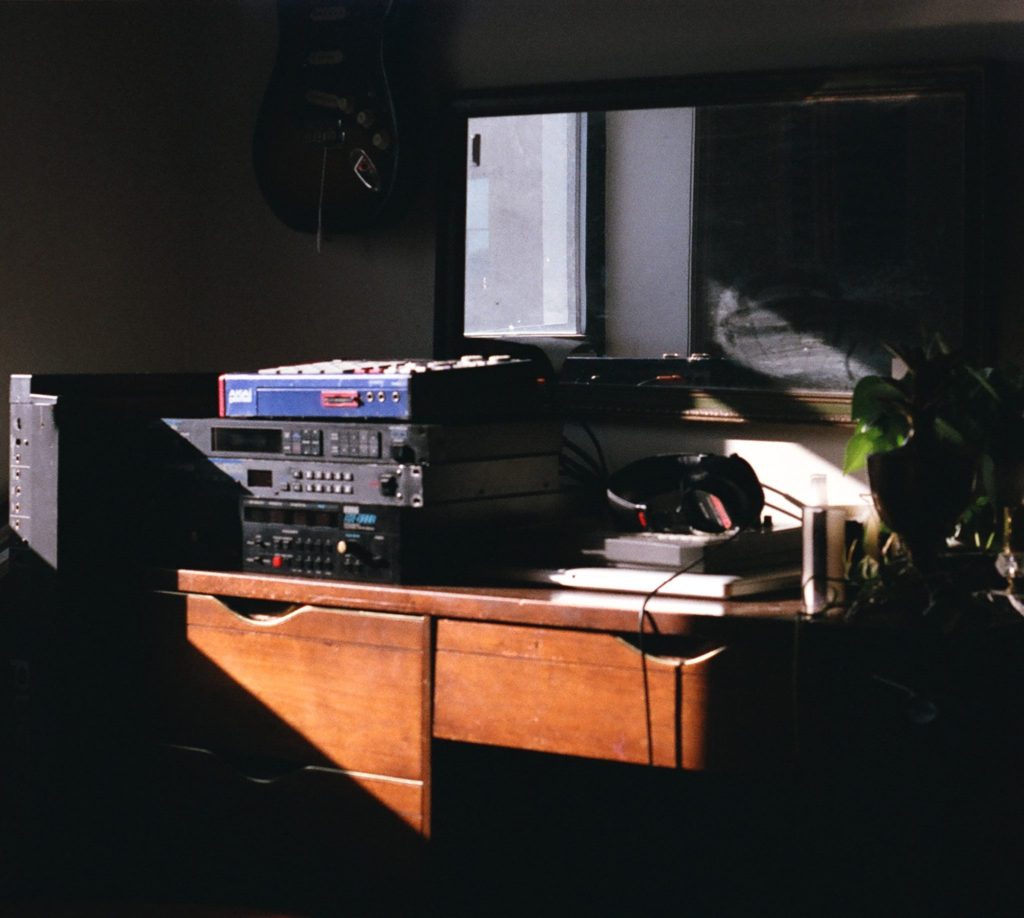 It’s Immaterial follows up their EP Weight Against the Door (Hardly Art) and highly acclaimed debut full-length A Different Arrangement (Hardly Art). Still featuring Chris Stewart at the helm along with select collaborators as supplementation, the project’s recent shift in locale from East Coast to West Coast lends a great deal to the overall feel of the new album: the light and dark elements of shadows, the salt and sting of evening’s high tide sea spray, a beautiful thing left on a shelf too high to maintain. The general mood is that of creating something new, but going back in time to do it. Like attempting to flesh out a song that you woke up humming but can’t find because it doesn’t exist yet.

With the end of the East Coast chapter of Stewart’s life on the horizon, It’s Immaterial was recorded in a period of mental and physical transition, trapped between spaces and unable to move on until the snow globe flurry of ideas floating around him settled just right. It’s Immaterial is soaring and muted all at once. It’s a collection of songs pieced together from perfect seeming snippets heard while passing open doors. It’s a framework in which your imagination creates its own version of what you need to hear but didn’t have a way to describe – like a favorite song heard on an unlabeled mixtape by a band you can’t uncover.

With both early releases the band followed a familiar path stomped down in the late 70’s and early 80’s by a kindred assemblage of synth acts whose gauzy tape sounds and DIY ethics paved the way for other likeminded artists.  Pulling from the handmade approach of late 70’s synth wave pioneers like Silicon Teens, Iron Curtain, Lives of Angels, and Solid Space, Black Marble dialed in on a clear understanding of its own specific sound, which has since evolved. Channeling Robert Palmer’s early Island years, vocals have been pushed forward – their delivery more desperate. The result is a feeling more immediate yet claustrophobic.

“It’s a lot of psychic turmoil about time, place, and the dissatisfaction that comes with being young and not having control over place, or being old and not having control over time,” Stewart says about the album. “The record is filled with characters trying to convince themselves, and others, to change or to see things differently or to come along with them somewhere. It’s that moment of wanting between knowing and doing but frozen in time.

It’s Immaterial is a further evolution in Black Marble’s sound. Where the songs featured on their debut full-length seemed to hiss from a vent in the floor, the new tracks seem to be coming from the next room. Written, recorded, mixed, and performed entirely by Stewart, the new songs are a unified vision – one person’s attempt to patchwork together bits of vapor and the most subtle gleanings of preference to make something wholly new.  It’s an endless drive in the passenger seat of a car while listening to everything you’ve ever loved, but lasting only 40 minutes.