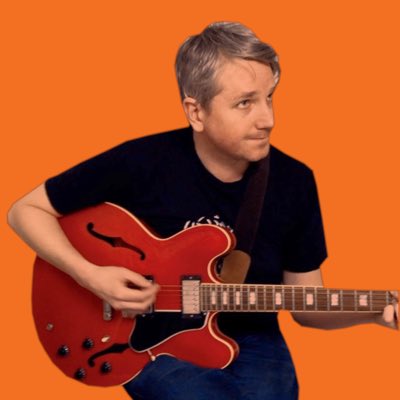 Fronted by singer and lyricist Chris Connelly, Bad Pop is a Canadian indie rock outfit that delivers their distinct sound of energetic and raw punk-leaning tracks with tongue-in-cheek, nihilistic lyricism. Created in a “reckless abandon and complete disregard for the rules of musical engineering,” Bad Pop do not sound like how one may think reading the above phrase. Quite the opposite.

Although they maintain their raw energy throughout the record, new record Psych Pedal is a well-crafted project consisting of intricate melodic guitar parts and vocal hooks that could easily entertain a daytime festival crowd. One of the standout singles “Do It For The Money” is a “cynical acceptance that money is built into everything and everyone around you,” as Chris describes. The track features upbeat sounds mixed with dark and sad lyrics over a guitar and drum heavy backdrop. Sonically the project draws from an array of influences. While “Do It For The Money” gives off Portugal. The Man vibes, “The Ostrich” sees Bad Pop turn up the gain and plug in the distortion pedals to create a bluesy rock number. And then there’s opening track “Late Night Streamer,” written as “a tongue-in-cheek ballad about the hardships of having everything available to you all of the time with, for hardly any money.” Here we see an indie-folk element to the Canadian band, complete with twangy acoustic guitars and spacey vocals.

“I often try to write through the perspective of different characters and ‘Heartache On The Reddit Boards’ is about a young, entitled artist who feels like they’re special and deserving of success. Is desperate for it,” Connelly explained. “They’ll dabble in cringeworthy earnestness, jaded cynicism, it doesn’t matter, whatever gets the most likes. It’s about this vapid, perception based, internet culture and the art that comes from that. A shameless self promoter, in the golden age of self promotion.”

You can give Bad Pop’s Psych Pedal a spin below: