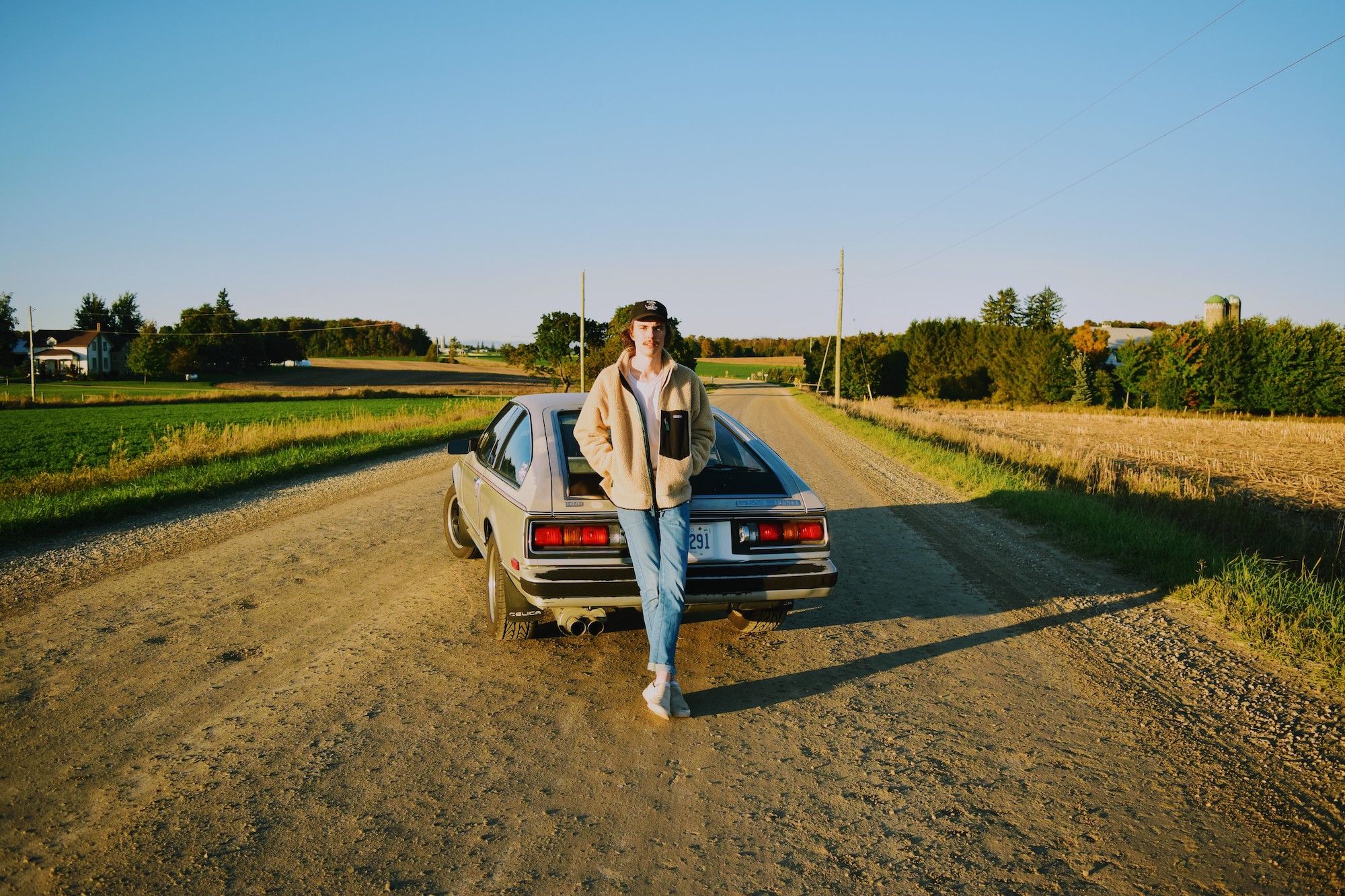 Maybe it comes with the two year anniversary of the beginning of the pandemic, but spring this year seems like a much needed rebirth of many things; concerts are back, winter is over and it feels like maybe we can breathe in the fresh air of a future again. For soon-to-be indie household name Jaguar Sun, this rebirth has surely made its way into his newest release “One Day.” “One Day” is the second single off Jaguar Sun’s sophomore LP All We’ve Ever Known (out June 24 via Born Losers Records), which follows his debut record This Empty Town.

When listening to the two side by side, All We’ve Ever Known feels lighter and more grown up. On “One Day,” strong acoustic guitar melodies are tied together with sweet electric riffs, paired with melancholic vocals displaying the Toronto-based musician mastering his craft. Impose got the chance to talk with Jaguar Sun about “One Day,” which debuts today. You can listen and read about the single here:

What are you most excited for fans to hear when listening to your debut LP ‘This Empty Town’?

I’d truly say I’m most excited for fans to hear the progress I’ve made since my last album This Empty Town. I think I just took a lot of the concepts someone would have loved from that album and I expanded on them and grew. Whether it be my production and mixing skills behind the scenes, greater confidence in my vocals, incorporation of more instruments and tones. I think they’ll be excited about this one.

Sonically “One Day” feels very much like a spring song. It has a very light floral guitar melody but it is contrasted with a sense of melancholia in lyrics and tone of vocals. Can you talk about the place you were at when you wrote this song and why you decided to juxtapose the two?

I often find myself in a bittersweet space when I’m writing music and you definitely do notice it on “One Day.” I just love that sweet spot between happy and more uplifting instrumentals and more melancholic vocals and lyrics. I often pull inspiration from nostalgic events in my life and with nostalgia comes that bittersweet feeling of a fond memory but the fact that you’ve moved on from it too. I was really trying to express that in “One Day.”

“Midnight Man” was your first single release of this cycle; this song also has a very upbeat feel to it, is this the tone we can expect from the whole record?

You can definitely expect that tone from the rest of the album. Past the more somber tone to some of the lyrics, this album is full of upbeat airy tracks. I think it’ll land really well for people through these spring and early summer months.

Are you planning on any live shows upcoming? If so, how does that normally go for you to bring a live element to your individual work?

The band and I currently have another show coming up in Toronto at The Baby G on April 14th. Bringing Jaguar Sun music into a live setting has been some of the most fun I’ve had with music. With the help of some friends we got a live band together and we’ve been working really hard to translate the music into that setting, it often involves the songs changing in a lot of cool and unique ways from the recorded version. A lot of cool new explosive guitar parts, larger drums, extended jams and droney atmospheric interludes. It’s a good time.