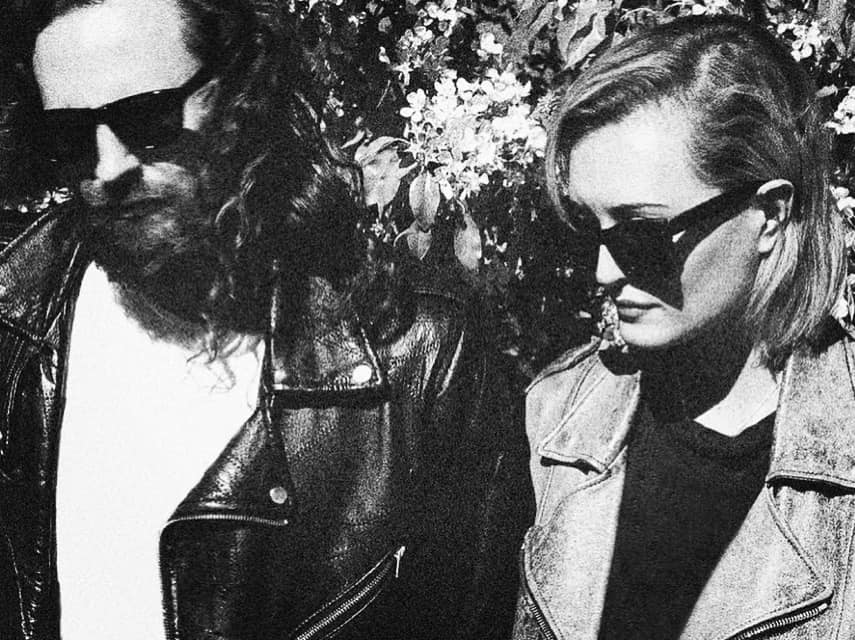 One of the most fascinating and unique projects we’ve received in our inboxes lately comes in the form of the exceptional new single from Swedish outfit Pink Milk. A darkwave and punk band that have become known for their unique musical output since their debut album Purple, they’ve created a stunning new project that’s hazy, nuanced and sounds like a serene trip through a lovely nightmare. Accompanied by a wondrous animated visual, it’s some of the band’s best work to date.

With this first track from a forthcoming brand new album, Pink Milk is making a statement of intent for the darkwave stylings they will be showcasing on their new project.

The band shared in a statement:

“In the video for ‘Blue Eyes (River of Glass)’ we follow a heartbroken vampire as he tries to forget his misery by partying and dancing with his friends and family: death, ghosts, ghouls, mummies and a whole lot of flying skulls. And like all proper parties, the whole thing just escalates and explodes and all of a sudden you’re soaking wet and walking alone in an old graveyard.”

Give the video a spin below: