Face it, Samuel T. Herring is a rapper 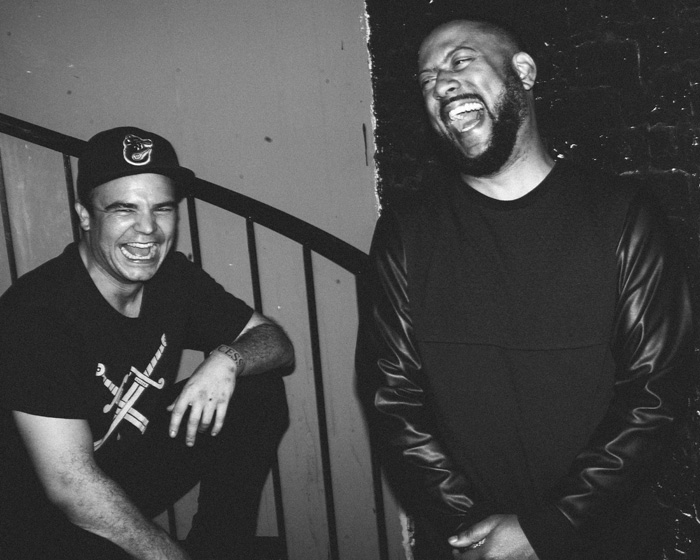 Pitchfork found Hemlock Ernst to be “purposefully awkward” on Cavanaugh’s Time & Materials. Challenging the legitimacy of his alter ego. But, Samuel T. Herring is a rapper. What once was met with sardonic tone, is now eagerly covered. New tracks featuring Hemlock Ernst are always quick to headline his rap moniker. Let it be known as forthcoming as they may be now, in the not-so-distant past, these publications doubted the legitimacy that the lead singer of Future Islands was rapping on an indie rapper’s Bandcamp album. It’s hard to hold that dubious stance when Herring appears on Busdriver’s Thumbs mixtape, Open Mike Eagle’s Hella Personal Film Festival, Cavanaugh’s Time & Materials, milo’s So The Flies Don’t Come, Scallops Hotel’s Plain Speaking, Words Hurt’s Fuck That Pretty Boy Shit, and forms a rap group called Trouble Knows Me with the incomparable Madlib.

Is all this to say it’s purposefully awkward to see opinions change? Is my goal merely to direct the reader to various links of admittedly poorly-written coverage from 2010 that accepted Hemlock Ernst the rapper?

But, there’s no bitterness here since that acceptance has corrected an error in judgment. As suspicious to apologetic as publications may be, Hemlock Ernst is not met with hesitance by fellow artists. And his collaborations amass from the high profile to hyper-niche Baltimore artists like “Wicked Kingdom” with 83 Cutlass. Take this quote from Fat Tony that he gave to Stereogum:

“I met Sam from Future Islands in 2011 at my Baltimore show when I toured with B L A C K I E. He really flexed on this feature, and I’m honored to have a fellow southerner on this song.”

There’s few things more genuine than meeting someone at a B L A C K I E show in Baltimore. Talk to the LA rappers that he’s collaborated with and their admiration is embedded with the same comfort in shared ideals. They attend the same shows, love the same records, share the same stories of coming up in rap, and appreciate each others’ respective projects.

With rumors of more Trouble Knows Me to come, a collaboration on the latest BadBadNotGood and an appearance with Fat Tony’s new group Charge It To The Game (streaming below), all signs point to Hemlock Ernst nowhere near fading into the background.