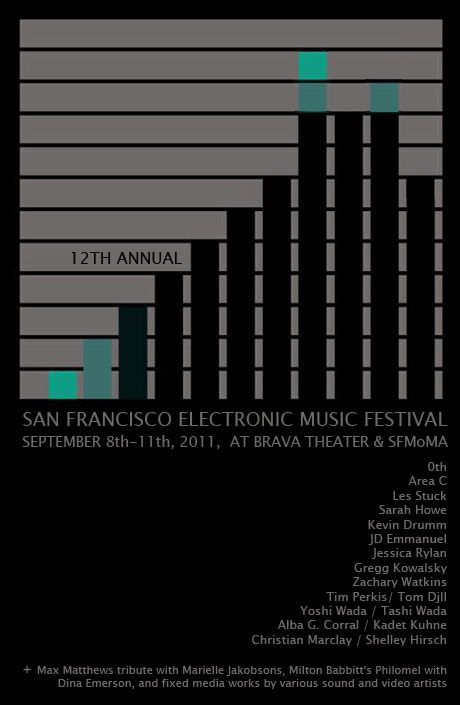 Taking place at the Brava! Theater Center, with an opening performance at the San Francisco Museum of Modern Art, the 12th annual SF Electronic Music Festival will kick into gear with four nights of sonic and visual performances.

The opening night at the museum will feature live and fixed media works for sound and video including works by Les Stuck & Sonsherée Giles, Sarah Howe, Tim Perkis/ Tom Djll, Alba G. Corral / Kadet Kuhne, and a performance of Milton Babbitt's “Philomel” sung by Dina Emerson. Tickets for each show are $16 for general admission and $12 for students. You can also purchase a full festival pass for $45. Tickets are available online at Brown Paper Tickets at www.sfemf.org or at the door (cash only!). Check below for the full performance schedule.