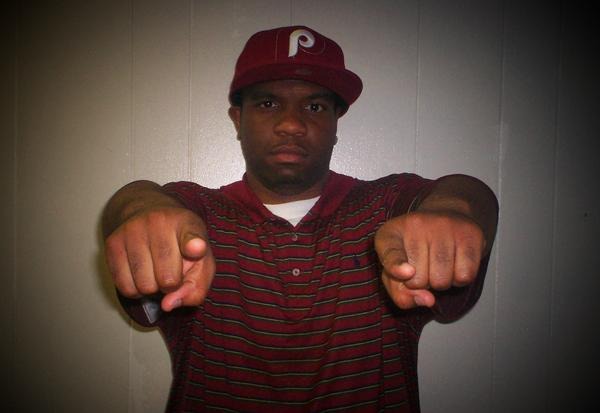 Var-EZ and Buda Da Future are the ‘unusual’ suspects. They are the Prototypes, in that they are the first of a new generation of musical producers to have already solidified their reputation making beats and music for TV, on TV and even on the spectacle we all know as Myspace.com

Var and Buda’s solidification is such a New School contrast to the ‘age-old’ archaic Old School modus operandi that has remained constant for so long, that when you begin to pry for more info on their accomplishments, it’s almost surreal or impossible. However, it is surreal …and it is impossible, especially if you’re not them. That’s just how natural selection works for this new millennium. Together, they have one-upped that usual route taken for notoriety in the tired mainstream musical production gauntlet by aligning themselves with cable television networks: specifically-ESPN and MTV.

Var-EZ is a contracted in-house producer making beats for ESPN-TV for the cult-like hit show “It’s the Shoes”, hosted by the ever world famous Bobbito Garcia- (formerly Promotions Director at Def Jam records, Nike shoe commercials, Vibe Magazine and the classic book “Where did you get those” NYC sneaker Culturebook: That’s who.) Var can be found on the show while lurking behind the beats. He’s also on Myspace, where he has really gained momentum showcasing his patented beats and a fierce young MC from Harlem, Young J.U.S., who might be the next great MC from Harlem after Big L. Var is currently working on a multitude of projects that include remixes with Jim Jones and Jimmy Cozier, a new dance summer single to follow up the chicken noodle soup craze, and a single he produced that’s been playing on New York’ Hot 97 FM; “South Bronx 2007” featuring MC Rover.

Buda Da Future current resume is equally impressive, with an appearance on MTV’s brand new Beat Fight Club. Buda also has a cult-hit Myspace track “Paper Chaser” with vocals provided by 50 Cent. “Paper Chaser” has received heavy plays on Myspace with its smooth piano and hard but soft mellow dramatic feel. Coming in at second place behind the 50 Cent “Paper Chaser” beat is a wild head thrashing synthesized beat called “Diddy-Bop”. It is a futuristic riot call and shows incredible range of what Buda can do behind the boards. The PoundCake should know, from crossing Myspace paths. He’s also part of the ‘established’ Bronx production crew: Platinum Boy Music http://www.myspace.com/platinumboymusic consisting of hit producer Amadeus, who has done work for Mike Jones, Jim Jones, Lil Mo, and Dipset. There is also Track Addict, Buda, Steve ‘Styles’ Rodriguez, white cheddar beats, Massive beats…(Hell, every body at Platinum boy Music has beats) and many others. Currently, Buda has projects at Interscope, Atlantic and Def Jam records. Buda is one badass Dominican dude whose production board he treats like your local neighborhood Bodega; always open for business, just don’t bring the 15-man entourage.

So…. We arranged for Buda and Var to come down to the Impose Mag office for the face-off. Sorry, no guns but strictly Mental flossing, Verbal leche and some of that new Armand de Brignac Antique gold champagne (Ace of Spades) courtesy of our web editor J. Krizzy aka J. Krinsley! It was fun and we got to some of the industry dirt to! Prepare: Act I. Scene I…The PoundCake Y’all!!… Dimelo-Holla

What part of NYC are you guys from?

Buda: I’m originally from Harlem but raised in the Bronx-Kingsbridge to be exact

What made you decide to start making beats?

Var: My dad plays the bass guitar, but he specializes in West Indian music. Ever since I was little I was always in the studio with him learning things here and there. One day while he was working on his album and he wanted me to give him some input on making a cross over West Indian record. I ended up giving him more than input. While in the studio with him I jumped on the Mpc and Triton synthesizer and made my first beat and it came out crazy. After that it was like a drug and I got hooked and I went out and bought a cheap Casio and some cheap recording software.

Buda.. Chill on that champagne guy… It’s the new style! Kick it over baby pop!

Explain how you got the ESPN 2 gig?

Var: The ESPN gig I got through my dudes DJ DL , Birdie and Mighty MI. Mighty MI had the connect with ESPN and then me and Mighty and DJ DL put together a compilation of beats for the project and submitted it. The show is called “It’s the Shoes.” Hey, You will be surprised but there are a lot of older guys behind the scenes like Bobbito and Mighty MI who was with the whole Rawkus Records movement a while back. I wrapped up one season with them which was about six or seven shows. I’ll be looking forward to working with them again for another season of “It’s the Shoes”

Var: I can’t say because people got different cuts out the deal, but I got a good amount though. I didn’t even do it for the money. Just wanted to get my music and my name out there to the world.

So Buda, what about the MTV Beat Fight Club? Explain that…

Buda: Fight Club contacted me. It was very good exposure. I won the first round and had to come back for another round. I lost the second round but hey, it’s all good. Now I’m concentrating on making these beats.

Wow..that’s really kind of different being on MTV and ESPN. Are making beats for TV the new hustle?

Var: Yeah, because most of the time they let you keep the rights to the music and they are paying you for your service, so it’s a win-win situation

Buda: Generally, I am blessed to make music. I look forward to future projects from Buda Da Future and from my Platinum Boy Music Family.

Have either of you received any buzz from your work… ESPN, MTV Myspace etc?

Var: To be honest with you a little bit but not really. You have to create your own buzz, can’t really depend on others to help you with that

Buda: Networking is everything in this industry. It’s all about opportunities you get from people you know. I gave a beat CD to an old friend of mine: Joe Jackson, and then I got a call one day about 50 Cent wanting to record on the track. People have been giving great feedback. The Track reached like 2 million plays but hey, who’s counting. LOL

Buda: Honestly, I have beats for everybody-literally. I got an arsenal of beats.

OK… LOL. So who would you guys like to work with?

Buda: I would say anyone with a budget willing to get serious about music or willing to pay for quality material.

Var: Busta Rhymes. He takes music to the next level every time he comes out.

What projects are you working on now?

Buda: Right now I have projects at Interscope, Atlantic, and Def Jam

Var: Right now I have my artist from Harlem who has been with me from the beginning named J.U.S. He is only 17 and his flow is crazy and he also doesn’t need to write his material down, it’s all in his head. I’m also working with the R&B artist So Soulful, a female rapper named Reece Steele, and a male rapper names B-Train from the Bronx. I got a new single that already hit Hot 97 on Friday night called “South Bronx 2007”, Performed by Rover. I just put it up on my page so let me know what you think. Also, I have a new single coming out from J.U.S called “Get Open”. Real party joint. I'm also doing corporate events out in the Hamptons. We have the crazy crib out there. Ten bedrooms. The name of our company is called HYT ME which stands for Hungry Young Talent Management ENT.

How long does it take to make a Beat

Var: I takes me about 30 minutes. Usually the shorter it takes me the better the beat.

Buda: Anywhere from ten minutes to an hour

How do you determine the price for a beat?

Var: It depends on the artist’s budget. I’ll always work something out.

Buda: The prices vary because the beats vary. Like the stock market won’t always the same, but for now they are not changing too drastically.

Have you two sold a lot of beats on MYSpace?

Var: Nah, maybe in 2007. I’m starting to see a lot of producers sell their beats on Myspace for dirt cheap too. That’s not good. They are really cutting down on the value of their work. You won’t see me selling beats for dirt cheap on Myspace. This is a business.

Buda: Hey, to each his own, I haven’t done it but I’m not opposed to it.

How do you get into that mental zone for production.

Var: Some times it depends on what I’m going through at the time. Some days I might be stressed out and sometimes I might be in the party mode.

Buda: For me, it’s about emotion and what I’m feeling at the time. It adds to the depth of the beat. It is a process, I have my own recipe.

They used your beat on a Feds DVD. How did you get that hook up?

Var: Funny thing is I didn’t even know my beat was on Feds DVD. That just shows- you watch where you submit your beats. They might end up anywhere. Well I’m investigating that situation now as we speak.

What producers do you feel …and why.

Var: The producers I feel are The Neptunes, Dr. Dre, Just Blaze, Pete Rock, and many others. I like a lot of producers. I picked out those four mainly because their styles are very unique and they never changed their style for no one.

Do you use a lot of samples? Why/why not?

Var: Not really because when you sell a beat you get no publishing, plus I want to build my skill in making beats from scratch and some day master it.

Buda: It all depends on what sound I’m trying to create, but I really don’t rely on samples a lot.

So, there you have it… The PoundCake! …Where life is rhythm and rhythm is life is mad. The Wicka Rap that’s what it lemme get in to you”<--remember that song? Back in 1982. LOL. If anybody can tell me, you get a free CD.