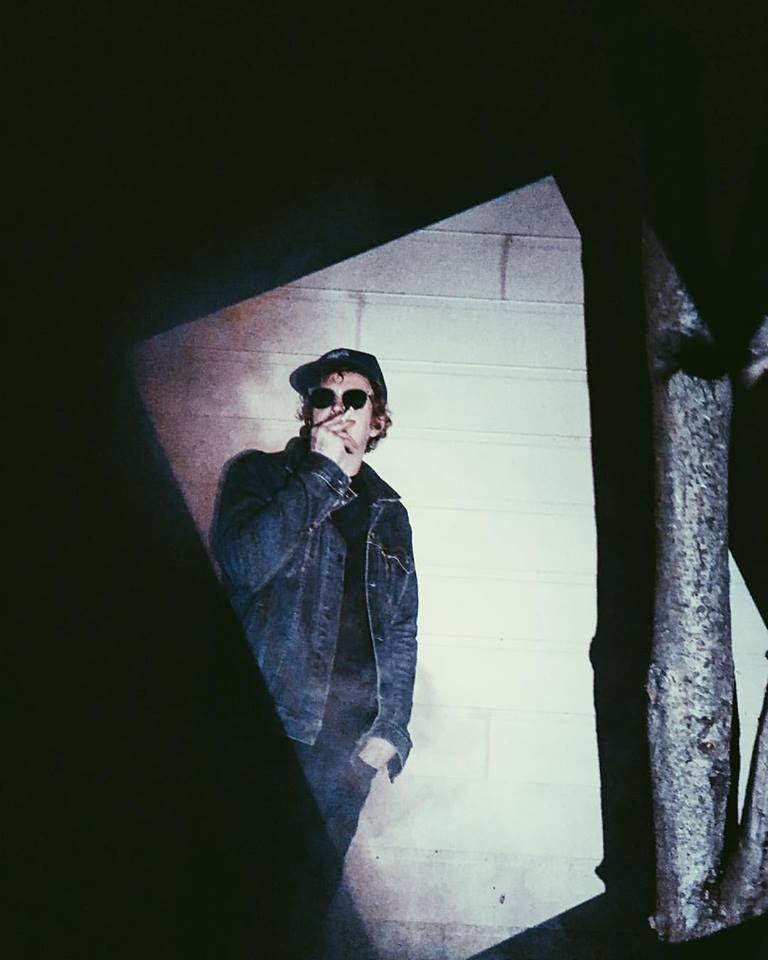 If Lewis Carroll rewrote “Alice in Wonderland” to include guitars, synths, and sax, surely he would use fpodbpod’s latest LP So Many Colors as the soundtrack to the psychedelic tale.

The ten-track album takes a journey down the rabbit hole for an elusive and mystical psych-rock trip featuring childlike nursery rhymes (including puppies and kittens, flowers and bunnies and dragons), saxophone solos, and hypnotic choruses that you’ll be singing in your head all day. If fpodbpod were the Beatles, this is their Magical Mystery Tour.

Sean Olmstead is the crux and mastermind behind the San Francisco-based act fpodbod, and much like fellow hometown natives The Grateful Dead, the group’s members have waxed and waned since his first show 14 years ago. Olmstead wrote most of the songs on sophomore record So Many Colors years ago, and luckily was persuaded to properly record the album with a little help from his friends: Will Halsey of Sugar Candy Mountain, singer Indianna Hale, Matt Adams of The Blank Tapes, Jimmy Touzel on sax, and many more. So Many Colors is the kaleidoscopic cousin to the band’s debut album The Girls, which featured fan-favorites “Mama Fell Asleep,” and “If I Forget To.”

When listening to the album, you might hear the psychoactive traces of The Beatles ’67 to ’69 run of albums, the culty keyboards of The Doors, or the mystical anecdotes of David Bowie or The Kinks – all of which inspired the record one way or another. Olmsted’s ability to produce a tenacious escape from the standard indie rock sound is made deeply obvious with the revival of his own vintage work.

The seven-minute title track takes listeners into a serene daydream with an airy saxophone leading the way. The garage-rock anthem “God Damn, I Love You” maintains hints off the band’s first record with a groovy, standout chorus. While the album portrays so many colors, there are so many instrumental layers present – an integral asset to giving the simplistic lyrical rhymes life.

Olmstead is currently working on a new album under fpodbod, one with a vastly new sound, which he has tentative goals to release at the beginning of next year. After spending a majority of the past few years touring with the neo-psychedelic band Sugar Candy Mountain, quarantine brought Olmstead the gift of solitude to rediscover his creativity and begin working on new music.

How has the current environment of the world as a musician affected you either positive or negative?

I’ve been trying to use what’s going on right now as an opportunity to focus more on myself and get back to the creative roots of things. I also play in some other groups as well – I spent the last couple years touring pretty heavily with a band Sugar Candy Mountain and we were pretty busy with that so it’s kind of nice for a change of pace. I love playing and performing but it is nice to be able to change your perspective and motivation for doing things when you’re not concerned with playing shows and appealing directly to people. It can be more freeing to express what you want to express artistically without having to worry about making anyone happy or making sure people don’t regret the money they just spent on coming to your show.

Do you have any hopes for the future?

I hope the political shit show we are in right now is not as bad as it pretends to be. I hope that we as a country can get our shit together but other than that I feel like most people are in survival mode right now, so that is the most you can hope for.

Is there anything specific if you remember that influenced the music on ‘So Many Colors’?

I’d say So Many Colors was mostly influenced by wine and coffee.

Would you say being in San Francisco has affected your music taste and sound?

I’ve been here for almost 20 years, basically my entire adult life. Yeah, I’m sure that it has had some effects, ya know, just from being apart of whatever the music community is here and whatever it’s own particular flavors are and idiosyncrasies you can’t help but have some of that rub off on you. I couldn’t say exactly how but I’m sure if I spent all that time somewhere else it would have influenced me in a different way.

Do you have other San Francisco artists you’d like to get readers to listen to?

Indiana Hale, she and I are old friends and we’ve played music together for a lot of years. Assateague, named after the island off Maryland, they’ve got a new record in the works. Sugar Candy Mountain, obviously. Others are Bob Thayer, Jeff Moller & The Marigolds, Camp Bud, Dust Collector.