The Best Cassette Releases of 2009 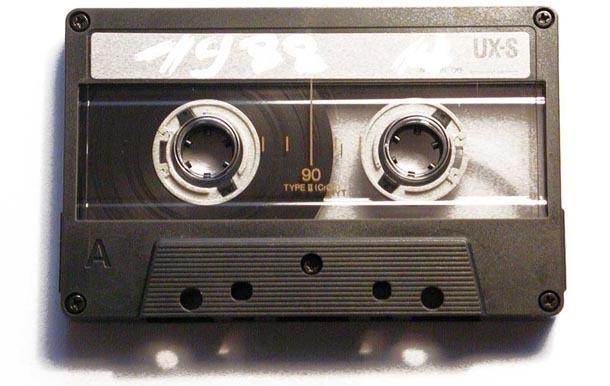 Who doesn't love a good year-end list, either to bask in or ridicule for eternity? It always seems like these should be done a few years down the road, when even the most closeted music nerd has had time to really digest all the year's releases and catch up on the ones he/she missed. But shit, dude. You gotta live in the now. Without further ado, these are my picks for cassettes of the year:

This came out early in the year and stuck all the way through. I know next to nothing about these guys except there are three of them and they all play a bad-ass synth. Beautiful textures on the A side and a 17-minute rolling peak of synth orgasm on the B side that still gives me chills whenever I hear it.

NwG were kind of a curiostiy to me this year. I saw some reviews that made it sound like each release was a different band, and of course you can't go a sentence without bringing up their awesomely tongue in cheek band name that speaks to no sort of seriousness or longevity. Hey guess what, though? You pick up the tapes and they are really fucking awesome. They are quite varied, but I'm loving this one more than the others right now. It's a reimagining of reggae music that slows a thick dub beat down to nothing and manipulates rich Jamaican horns into drone and keeps me warm at night.

Got this tape from Skrot Up because I didn't want my Teepee cassette to have to travel alone. Little did I know I was about to get blasted with a sonic assault of downward spiraling machine rhythms and super freaked out synth attacks. Shit.

In the ever expanding universe of Chris Riggs, the one that involves him getting the most abstract sounds possible out of his guitar and straddling the lines of nearly every avant genre without pinning himself down to one, this new project, with Matt Endahl providing a backdrop on the Fender Rhodes, is one of the brightest stars.

I love when these guys lock into a groove and I love the fact that they can play their guitars well enough to do actual justice to kraut rock jam acts like Can and Ash Ra Tempel etc. I also love when they record two monster jams that go way the fuck out there and release 'em themselves.

Beru – What Would I Be Without You (Thor's Rubber Hammer Productions)

I'm a sucker for avant-folk females, so when Jessica Collins made what sounded like the music baby of Keinji Haino and Vashti Bunyan, well yeah, I was done from the start.

Peaking Lights – Imaginary Falcons (Originally a LP on Night People, reissued as a cassette on Not Not Fun)

The Sonny and Cher of hypnagogic pop. Also includes equal parts shoegaze, drone and experimental flourishes so pretty and unique a married couple had to have made it.

DreamColour – Spiritual Celebration (Not Not Fun)

There is this whole annoying hippy drone thing going on and then there is the spirit of Pharoah Sanders and Kosmische funneled through a lush zone of blissful jamming and communal free improvisation. Guess which category this fits into.

The most beautiful soundscapes of the year. Fripp/Eno comparisons are apt. Sean McCann was steadily releasing fantastic shit all year when Anathema put out this collab that combined his viola and synth with Manata's dreamy guitar. Coincidentally, it was so good that it made using the word “soundscape” in a review okay.

Not much more to say about these guys that hasn't been said. This tape captures their live show in all its ecstatic glory. Their performances range from crushing drones to jubilant bubbliness, but almost always with a cathartic release. This is one of the more abundantly beautiful live recordings I've heard of theirs and makes me wonder why people aren't following them around, documenting their every step a la Phish or the Grateful Dead.