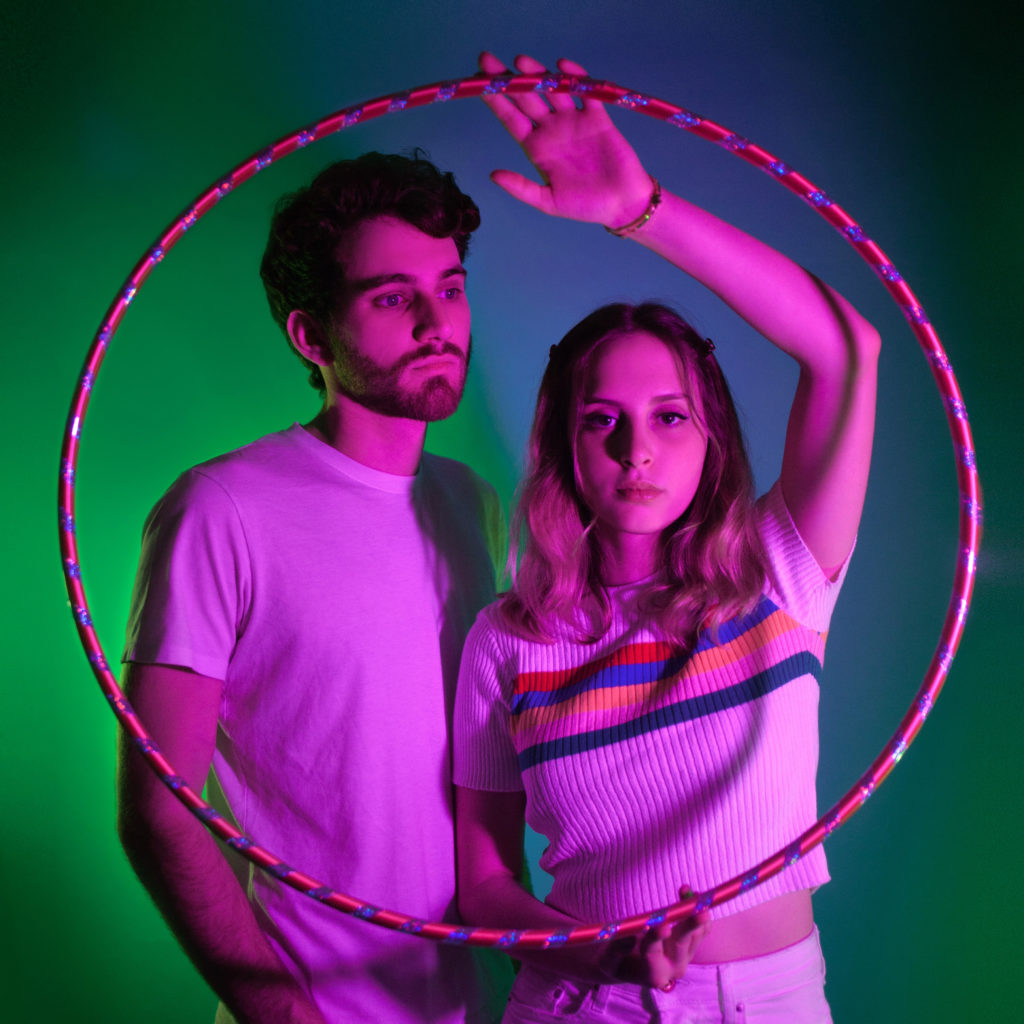 We’ve been massive fans of L.A. synth duo Magdalena Bay and their retro-pop machinations for a while now. They’ve been on an absolute roll in 2019, releasing a pair of dazzling EPs as well as a handful of brilliant singles and some seriously amazing no-budget DIY music videos. Furthermore, their recent single “Only If You Want It” is one of the very best songs of the year so far. They’ve also just signed with renowned label Luminelle Recordings, and to kick off that creative run, they’ve released a lush, beautiful, maximal new pop gem (and video) called “Mine.”

Once again, Magdalena Bay shine with a flurry of swelling synths and propulsive digital percussion that provides the sparkling tapestry for singer Mica Tenenbaum’s heart-on-sleeve serenading. The effervescent production and clanging beats all crescendo as Tenenbaum’s voice reaches for the stratospheres on the track’s emotionally-potent chorus: “All this time spent frozen in the sidelines waiting/ While the cosmos are moved/ Did you know that I’ve been waiting/ ‘Cause you’re mine.” “Mine” is peak pop perfection with an infectious nostalgic kick – buoyant melodies, shimmering sounds, and wide-eyed romantic longing. It also recalls some of the greatest names in pop music history, from legends like Britney, Madonna and Spice Girls to modern stars like Grimes and Charli XCX.

The song’s video is yet another triumph of DIY filmmaking for Magdalena Bay. Here, Tenenbaum sings in front neon and translucent green-screen visuals that swirl, float, glitch, and contort all around her in a myriad of hypnotic ways. It also feels like they’re operating with a slightly larger budget these days, as the imagery is more lush and eye-popping than ever before. “Mine” is the first taste of Magdalena Bay’s forthcoming mixtape mini mix vol. 1, which arrives on July 19 via Luminelle. You can pre-order that record HERE, and watch the fantastic video for “Mine” below.