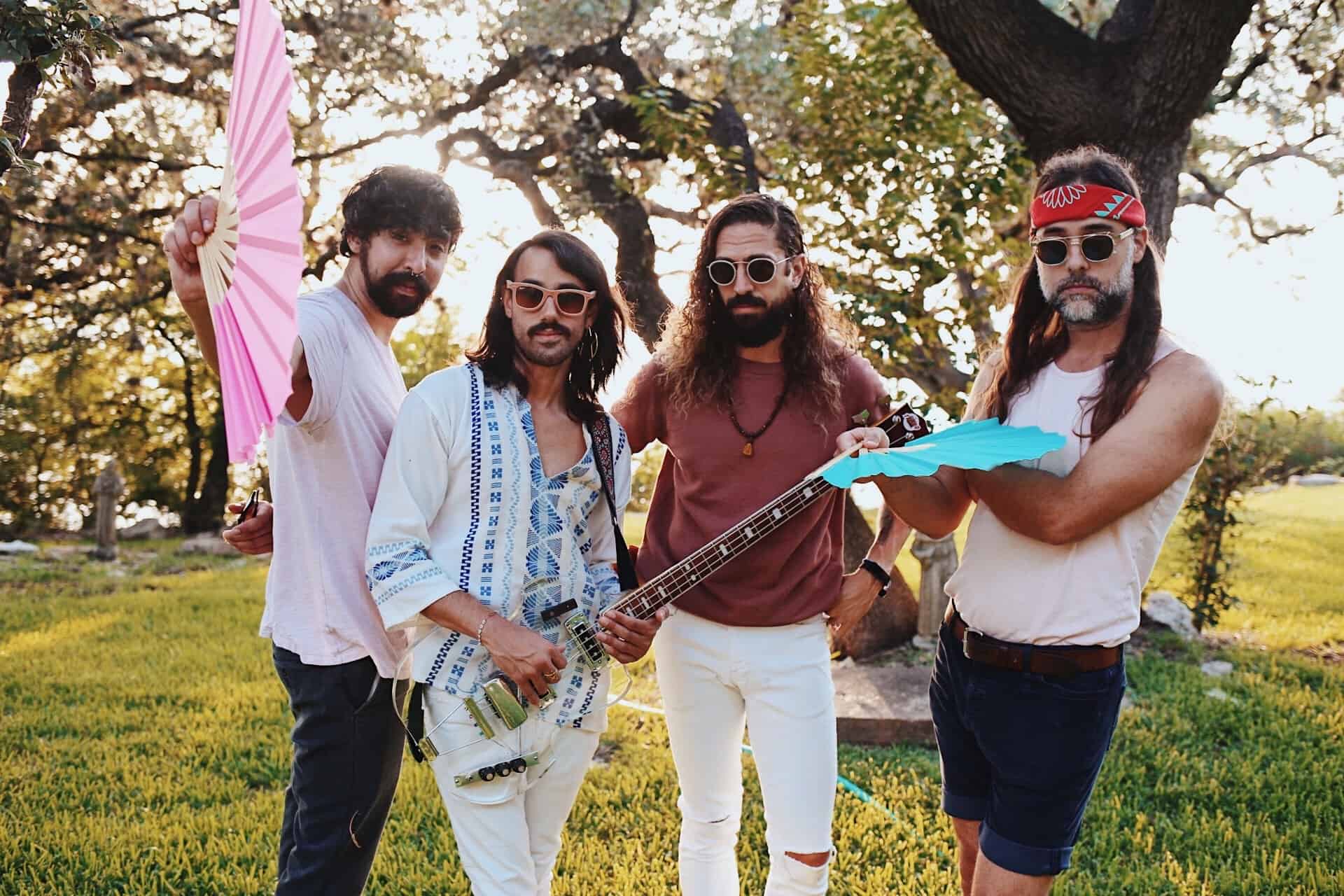 Austin-based psychedelic rockers The Bright Light Social Hour have been crafting some of the most exciting, experimental indie coming out of the U.S. at the moment. Their new single “Ouroboros ’20” is no exception to that consistency. It’s a track that builds with epic moments of clarity, serenity and a songwriting prowess that makes the southern four-piece truly stand out in their genre.

Crafting their sound has been a bittersweet undertaking for Jackie, Curtis and Edward. During the writing and recording process of their previous album, their manager (and Jackie’s brother) Alex was struggling with severe bipolar disorder, leading him to eventually take his own life. An integral part of the band who had been there since the beginning, they each grieved in their own way, and the music took on a new meaning and direction.

“It was a terrible thing, but it was also the most beautiful thing I’ve ever experienced and probably will ever experience,” Jackie says. “This was all happening as we started the record. Not all the songs are about Alex, but I think even the ones that aren’t all have a bittersweet mix of overwhelming beauty and terrible loss. The music deals with the ripples it caused in all of our lives.”

Their unique sound has won them critical acclaim around the world and lead to massive festival performances. The new single is the final track from their new album Jude Vol.2, and it showcases the sheer force of The Bright Light Social Hour’s sound. Spacey, reverberated guitar licks glisten over tense & building percussive sections. You can listen below.